Internationally renowned Seattle based metal outfit QUEENSRŸCHE have announced their next headlining tour throughout the United States. The month long trek will take place this Fall, starting on November 15th in Seattle, WA and concluding on December 15th in Colorado Springs, CO. Queensryche will be joined by the iconic Armored Saint as direct support, along with Midnight Eternal on all dates for the upcoming tour. The band continues to perform across the world on the strength of their latest full length album, Condition Human, which was released in October (2015). Dates for the Fall headlining tour can be found below.

Speaking about the upcoming US tour and playing with Armored Saint, Queensryche vocalist Todd La Torre comments, “We are pleased to announce that we will be hitting the road this November with the one and only Armored Saint and Midnight Eternal. We’re looking forward to seeing all of you for this great billing of musical diversity and high energy performances! Come join the Ryche this November – December!”

Lead guitarist and founding member Michael Wilton also gave his thoughts on the band’s fall dates, saying, “Queensryche is proud to be embarking on our Fall 2016 – Condition Human US tour with special guests Armored Saint and Midnight Eternal! We encourage our fans to come out for this one and prepare yourselves for some high energy rock shows!”

Against the formidable obstacles of an ever-changing cultural landscape, the rise and fall of various musical trends, and the near collapse of the record industry itself, QUEENSRŸCHE has secured a triumphant legacy as one of hard rock’s most respected and celebrated acts, selling 30 million albums around the world across a 30-plus-year career.

The band’s name is uttered in the same breath as many of the groups they looked to as influences and others who arose as peers. Queensrÿche built a dedicated legion of fans traveling the globe on tour with fellow rock giants like Iron Maiden, Guns N’ Roses, Metallica, Judas Priest, and Def Leppard. In recent years, they’ve consistently delivered high-octane live shows combining the hungry fire of a new band with the tempered experience of master showmen. Even with eleven gold and platinum plaques and a several Top 10 hard rock anthems woven into the very fiber of the genre, Queensrÿche won’t relent. In fact, they’re in the throes of a jaw-dropping creative resurgence! 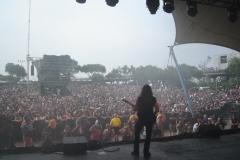 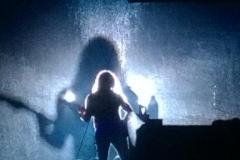 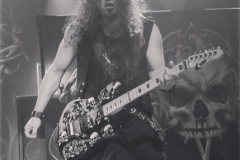 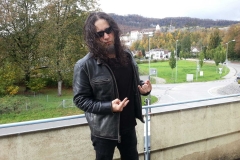